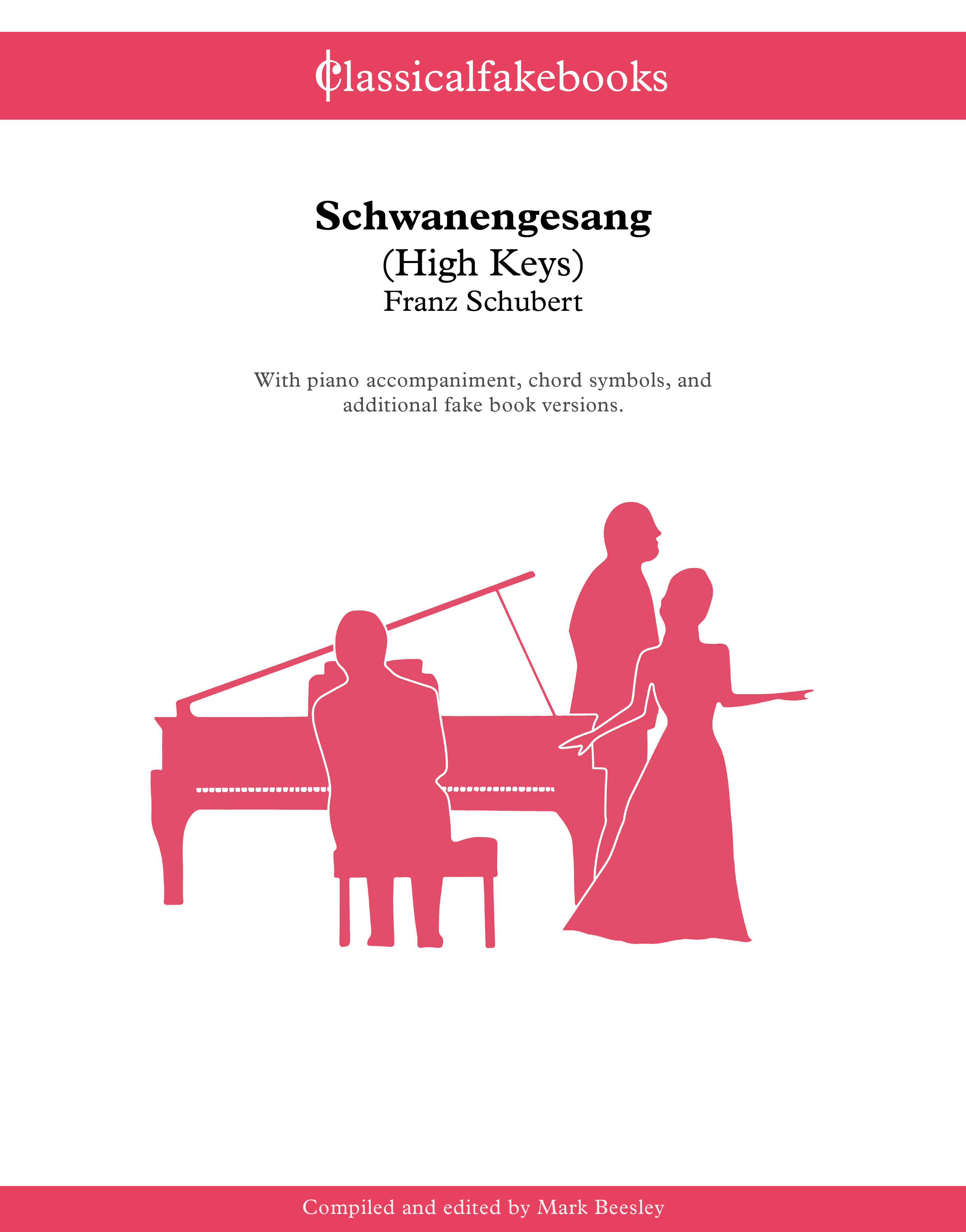 Schubert’s Schwanengesang is a collection of songs composed during his final illness.  Strictly speaking, Schwanengesang isn’t a true song cycle in the same way as his two other great cycles are, but was put together shortly after his death by his publisher who also gave it the title ‘Swansong’.  However, the songs do explore many aspects of love and loss through the poetry of three different authors.

Schwanengesang contains many of Schubert’s finest Lieder – from the haunting ‘Der Dopplegänger’, the stark and bitter ‘Der Atlas, to the beautiful ‘Stänchen’, with its rich melodic line which has made it the subject of many instrumental versions.  Die Taubenpost, which finishes the cycle, is regarded as Schubert’s final song, composed shortly before his early death.

These songs are ideal for the student to explore a wide range of expression and to develop their vocal technique.

A new addition to the classicalfakebook format is the addition of English word for word translations within the score to help the student understand the German text in detail. Prose translations are provided at the bottom of each page.

Schwanengesang is presented in four volumes in High(original), Medium, Low, and Very Low keys to cater for all voice types.